“Look for something positive about this moment. Even if you have to look a little longer, it still exists.” –Mark Chernoff 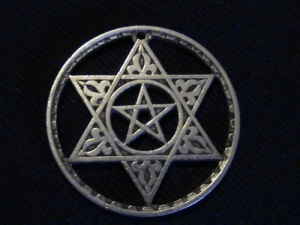 For those who maybe haven’t picked up on it yet, I am Jewish. 100% through and through because, even though I disagree with varying viewpoints at times, I believe in a spiritual deity, and it’s drastically different from the church and its teachings.

I am not posting this in an attempt to convert anyone, because that’s not my deal at all, but I am posting it to share and explain.

In late 2002, while studying Psychology & Comparative Religion, I stumbled upon Wicca as a 2nd “faith”, if you will. Growing up with Kabbalistic Judaism, which is Jewish Mysticism for those of you who only hear Kabbalah and think of Madonna or Demi Moore, Wicca sort of brought it all home for me. It made sense out of all the things I’d been raised to believe and it made sense for my every day life. It brought me to a peaceful, calmer, happier place. A place I really needed to be considering how difficult my life had been up until that point.

Obviously there are differences between the two religions. You have a monotheist belief system, but because I grew up believing in duality of God and Goddess, Wicca, as a polytheist belief system, makes sense to me even within the confines of Judaism. I see them as being incredibly intertwined most of the time.

To be clear, I don’t practice either faith for shock value or to attract attention. I do it because it’s my spiritual path and it’s part of what makes me who I am. I’m spiritual as opposed to religious, but I have members of my family that are Ultra Orthodox and barely acknowledge my existence because I’m not “Jewish enough” for them and their way of life. We pretty much all grew up Reformed, yet they are now somehow superior to the rest of us. You can’t help, but roll your eyes. I respect their faith, but they can’t respect mine. It’s a good thing they haven’t seen my tattoos, they’d probably drop dead and spit.

My wish for this New Year is for my family & friends all over the world to have a better, happier, stronger, more secure year than the one we are leaving behind. Less struggle, more happiness. Less pain, more days where we can feel like we’re truly part of the bigger picture. More healing, less torment. More listening, less ignoring. More compassion, less negativity.

To my Rabbi, thank you for being there for me over these past six years. It has made such an immense difference having you be a voice of reason. To Shani (my sister from another mister) in Israel, I love you and I’m thinking of you.

For those of you who do not celebrate this holiday, my wishes for you remain the same.L’Shanah Tovah! 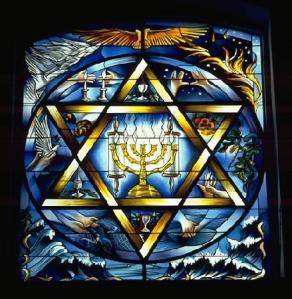 Burning Out The Negativity

Burning Out The Negativity

This last week has really shown me who is truly there for me and who only cares when it is convenient for them to do so, as well as who has been false. I do not feel bad about purifying my own life by burning out the negative and holding on to as much positivity as I can hold on to. When people show you their true colors, sometimes you have to show them that the door is fully capable of hitting them on the way out.

Since unleashing the madness there have been...