Do You Know The Hallmark…

“Do you know the hallmark of a second rater? It’s resentment of another man’s achievement. Those touchy mediocrities who sit trembling lest someone’s work prove greater than their own – they have no inkling of the loneliness that comes when you reach the top. The loneliness for an equal – for a mind to respect and an achievement to admire. They bare their teeth at you from out of their rat holes, thinking that you take pleasure in letting your brilliance dim them – while you’d give a year of my life to see a flicker of talent anywhere among them. They envy achievement, and their dream of greatness is a world where all men have become their acknowledged inferiors. They don’t know that that dream is the infallible proof of mediocrity, because that sort of world is what the man of achievement would not be able to bear. They have no way of knowing what he feels when surrounded by inferiors – hatred? No, not hatred, but boredom – the terrible, hopeless, draining, paralyzing boredom. Of what account are praise and adulation from men whom you don’t respect? Have you ever felt the longing for someone you could admire? For something, not to look down at, but up to?” 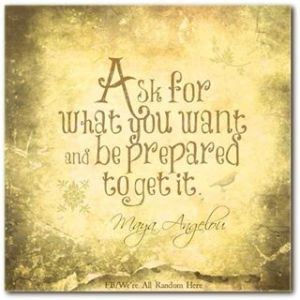 How quickly is this going to work? I have a very long list…

*Without fail, one of the most inspirational songs of all time.*

While doing research for the first four novels in my ‘Locke & Keye’ series, I was informed that publishers would not be even remotely interested in so much as looking at my final product (we’re talking the first completed novel) unless I had a blog. Not just “a blog”, but one that I manage entirely on my own, update regularly (which means more than once a month), where I connect with my readers, and that they want to see that people are interested in the every day things I have to say, not just what I write for them in printed format.

There were some other “musts”. One of which included Facebook. I have an author’s page. You won’t see me say a whole lot on there, but you can certainly friend me if you want to., just be sure I know who you are because I am not the type to just accept every single friend request sent my way. It is not a popularity contest for me in ANY way.

Twitter was another “must”, and there were a few other things I rolled my eyes at.

#1- Unless you have absolutely no life, you don’t care what I say or don’t say on Facebook. Why would you? There’s nothing special going on there. Anything you want to learn about me you can learn via my work, via sending me an e-mail, or via responding to the things I post. I will always answer a person, so long as they’re being respectful. If you’re going to be a jackass, I respectfully decline to communicate with you. Period.

#2- I am a reader and a writer. I read what my favorite writers’ have to say on their own blogs and web-sites, but when I’m busy and haven’t had the time to read their blogs, I stick to their books as they are released. I don’t care what they say on Facebook, Twitter, or anywhere else. I don’t care about their political views (In truth I think it’s important for publiuc figures to keep their political and religious views to themselves. That’s just me though.), what they had for lunch, that they just found a pair of cute shoes, or whether or not they got to the gym today. That doesn’t sell me a damn thing, the stories they write are the selling point. However, it does let me know at times that some people have way too much time on their hands and really need to quit discussing their sex life via Facebook. Why does anyone feel the need to share every single detail of their lives like that? When did we all become the Kardashians?! (And I say this despite the fact that I follow Khloe’ on Facebook and adore her.)

#3- If you have time to “tweet” all damn day, I really don’t care. It doesn’t prove anything to me, other than the fact that a lot of people can knowingly embarrass themselves in 140 characters, or less. I refuse to join Twitter. Do not expect me to be tweeting EVER. It’s not going to happen, not even on a bet.

About seven months ago I met an amazing guy who has the same thought process I do regarding Twitter. His exact words were “One day I’ll get drunk, post something completely inappropriate or rude on Twitter, embarrass myself and my family, and do I REALLY want to explain that to my mother when she sees it, even at my age? No. So I will take a pass on that whole thing. I think it’s a great promotional tool, but it’s not for me.” Agreed. Did I mention he’s amazing?

#4- I did start this blog because of a publishing mandate, but I have grown to LOVE my blog. Unless I am really sick, or obscenely engaged in something I’m doing, I post at least one thing a day on here. I try not to miss too many days in a row without posting something. I probably lost 10 “followers” in May because I was unable to post every single day as I normally do, which sucks, but not for me, because I see it as defining the true from the fake.

I have met some really wonderful, kind, caring, hilarious, genuine, generous people because of this blog, many of whom I now have friendships with off the blogosphere. You all know who you are. For a person who values friendship to the extent that I do, for me to call you a friend is a big deal. I don’t call every single person I talk to in this world a friend. I do not use the word lightly, not ever, so if you’re my friend, be loyal and don’t discuss me behind my back. If you want to know something, ask me directly. I am an extremely private person, but I’m also incredibly direct and blunt. I will give you honest, kind, caring advice. I treat everyone the way I want to be treated in kind. If I see someone is hurting, I try to be supportive. I don’t say things to be cruel to people. That’s abuse to me, and I would rather keep my mouth shut than come off like some kind of crazed, cruel bitch. I can save that side of myself for those deserving of it.

#5- Deciding to commit to this blog and keep it going has sparked something in me and given me a fantastic sharing and sounding board. It is something I love doing and look forward to continuing. I do not expect every single person that “follows me” to buy my books. It’s an unrealistic expectation, so do not feel obligated. Buy only what you want to. I am not going to push myself on you. Everyone has the right to use their entertainment dollar as they see fit. If it’s your deal and your genre, or you simply want to check it out, then you will. You’ll give me honest feedback, maybe even come to events and introduce yourself to me in person. I will never treat you like I don’t know who you are. In fact, I will be happy for the support. I will appreciate your effort in showing up and I will listen to what you have to say. I’m invested in this, so please feel free to communicate with me whenever and however you choose.

#6- My books are important to me, but so are the people that will eventually read them. I will always do my best to communicate with readers and respond to their comments, just as I do here.

A lot has happened to me in my life. A lot has happened to me since I started this blog, and those I have linked to it. I have grown, I have changed, I have become a better, stronger person. I like and respect the woman that I look at in the mirror, even if I occasionally cringe and say “Where the !@#$ did that line come from? It wasn’t there yesterday!” I am by no means perfect. I suffer from Fibromyalgia & Chronic Pain every single day of my life, but being a writer has saved me more times than I can count. I do it because it’s what I want to do and I will always do things MY WAY. Any of you with a strong personality knows what I’m talking about and why. If I don’t do it myself, it will never be done right, and I feel like I’ve got a great handle on “doing it right” here.

Thank you to everyone I can call a friend, to those that have supported me here on WordPress from day one, to the small group that supports me in my creative endeavors, to those who send me e-mails and leave me comments, and to the new people that have started following me in the last few months. I appreciate it and hope that I will continue to keep you interested, intrigued, laughing, smiling, and nodding your heads. And of course, to those who have been in my life for so long, you know what you mean to me.

Since unleashing the madness there have been...